My Neck Hurts When I Look Down: What’s Wrong?

The causes of such pain can be different. The simplest reason for that is the holding a posture for a long time without changing it. Our muscles cannot remain idle for very long, especially when it comes to poses other than lying. And, well, the lying can also lead to sore neck sometimes.

If the pain persists, then you should see a doctor. The most common way to know what’s wrong with your neck is to do MRI, but the problem with it is that sometimes it won’t show facet disease and inflammation, though the facet pain that comes from backward bending of the head is not what we need here. The more severe thing – the degenerative disc disease – sometimes also cannot be recognized. But in general you should know that the pain in neck, which increases due to the flexion, may indicate the disc problem (if it lasts more than a week). 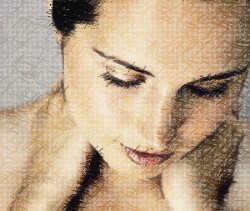 If the pain remains for a short period of time, it can be due to weak neck muscles, but it usually won’t stay for long time (like for a week or so). If you have a casual pain in the neck, which is not really severe – it may be so that it originates from weak muscles. In this case you simply need to adopt an exercise routine such as yoga, for example – of done on a regular basis, it may help you get rid of the pain forever. But this is only if the sensation comes from the muscles.

By the way, there is another thing: when you happen to lift an unusual weight, especially from the ground, it may result in painful sensation, and since the back muscles were strained too much, you may experience the neck and back pain when looking down.

If there is stiffness, and it persists, see a doctor as soon as possible to rule out meningitis, which is a bad thing to have.

Another harmless cause of the pain is when you send text messages (SMS) very often. This makes your neck remain in an uncomfortable position, and since your attention is drawn to typing a message, you won’t notice it or even ignore it. This situation is sometimes described as Repetitive Strain Injury (RSI), which is, as the name says, produced by the repetitive stress placed upon the muscles. This condition is also common for thumbs and wrists – again when you type lots of text messages on your phone, or frequently move the mouse on your computer desk.

Sometimes there can be neck pain when looking up and down; but in any case, if you notice that the strange symptoms don’t go away after a couple of days, it’s the reason to visit a doctor and get properly diagnosed. Your neck is important but vulnerable, and you definitely don’t want to have it injured.