Actually there are two sets of yoga contraindications:

I need to mention though that yoga is generally safe; but some of its techniques can only be used by a relatively person, and there are some conditions and diseases, when doing yoga practice as a whole or some parts of it is not recommended. Yoga can be a great healing tool, but one has to know how to use this tool.

Another point to consider is the fact that yoga got very popular today and as a result many not very qualified teachers appeared. Probably the best word to use is not ‘unqualified’, but ‘lacking the experience’. How this can affect you? If a yoga teacher is young, he or she can compensate their mistakes just by their own young and healthy body, which is usually not possible for an elder person, who wants to learn yoga from them. The same is true for a diseased person, who came to yoga to improve health. Without enough experience, teaching yoga may even harm sometimes. That is why it is good to know the contraindications for yoga poses.

The first thing to say here is that in case of really serious diseases, a group practice won’t work; instead, an individual yoga program should be followed.

Also Avoid Doing Yoga If Under the Following Conditions 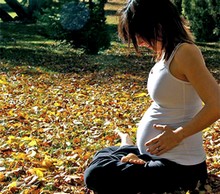 Pregnancy. The special attention is paid to pranayama, relaxation exercises for the whole body (especially the muscles of the abdomen and uterus), and joint exercises. The routine is based on the trimester, and is generally very soft.

Menstruating. The practice should be more lenient; avoid intense twisting, backbends, power asanas and standing postures. But if you feel unwell, abandon the practice completely!

Hypertension. If you want to do inversions, do them only under the guidance of an experienced yoga teacher.

Vegetative-vascular dystonia. The morning routine is recommended that include standing poses and inversions.

Arthritis and arthrosis. Only therapeutic yoga is advised.

Neuroses and chronic fatigue syndrome. Do mild asanas, focusing on deep relaxation, as well as the breathing exercises.

Varicose veins. Avoid postures with balancing on one or both legs, and poses with legs pressing against the wall.

Digestive disorders. In case of ulcer and other diseases of the digestive system, avoid twisting poses, and poses with a pronounced effect on the abdominal area.

By knowing these contraindications for yoga poses, you will be able to judge – at least preliminary – whether you can go for yoga now (or some of its poses) or not.

Ashwini Mudra: Practice and Benefits
How to Choose a Yoga Mat
Yoga Exercises for Shoulder and Neck Pain After Pregnancy
Posted in YogaNovember 28, 2012 Damodar