It is always great to have some time to spend outdoors, in the wild, but the sad thing about this are the large numbers of various insects such as bees and wasps, which can become a potential danger to our health. There are so many insects on Earth that it is next to impossible to avoid contacts with them while being in wild. And if you or your kids are prone to allergic reactions, it becomes a real danger, especially when it comes to anaphylactic shock reaction to bites and stings.

The most common allergy reaction occurs as a result of insect bites from Hymenoptera insects, especially bees (7% of all cases), then wasps, hornets and ants. Allergic reactions occur in various forms: from the local symptoms, with more or less severe common manifestations to anaphylactic shock with fatal outcome.

There are 4 types of common reactions: 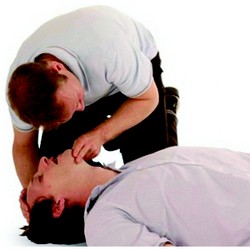 2) The general reactions: to the symptoms mentioned in the previous type join other symptoms such as shortness of breath, abdominal pain, nausea, dizziness, and vomiting.

3) The severe form of the common reactions: additionally develops asthma, hoarseness, incoherence of thought, a feeling of impending doom.

4) Shock: In addition to the symptoms mentioned above, occurs the blood pressure fall, collapse, stool, loss of consciousness (faint).

Death can occur within a few minutes in particularly severe cases of allergic reactions. The most dangerous bites are those in the neck, face and lymph nodes.

What to Do If You Have Been Bitten by an Insect?

The first minutes after the bite matter the most! The earlier the allergic reaction appears the worse the patient’s condition will be. So you need to know the signs and symptoms of anaphylactic shock.

Symptoms of anaphylactic shock include:

What to Do Before the Ambulance Comes

– Treat the bite area with a topical antihistamine, apply cold;

– Let the patient lay horizontally; once the blood pressure decrease, raise the patient’s legs up to 15-20 degrees, but not higher than that.

Please, keep in mind that you need to record the following information that can be valuable to an emergency doctor:

– The exact time of onset of allergic reactions and the time elapsed since the development of various symptoms of anaphylactic shock occurred in the patient’s body (the appearance of dyspnea, voice changes, increased heart rate, blood pressure fluctuations, etc.);

– Information about the history of allergic reactions previously observed in the patient, and the reasons for their development;

– A detailed list with the exact time of what was given to the patient, and what was done before the arrival of an ambulance.

This is not about how to treat anaphylactic shock, but rather about what to do to help avoid possible complications and the worsening of the condition and also to prevent side effects of anaphylactic shock such as asthma.

Of course, it doesn’t mean you shouldn’t go to Nature; just be aware of the possible outcomes of being exposed to allergens, know what to do to avoid them or how to provide the first aid to the patient; and take care of yourself and especially of your children.

Organic Virgin Coconut Oil for Hair
If Your Eyes Are Always Red and Burning: The Harmful Habits You Need to Fix
Can I Use Rose Water as Eye Drops?
Posted in HealthMay 25, 2012October 25, 2012 Damodar