The most effect of the Kapha dosha imbalance is seen in the mucous membranes, and there you have colds, running nose, allergies, asthma, and pain in the joints. Other diseases inherent to Kapha are: diabetes, edema, hypertension, heart disease, obesity, and shortness of breath, cancer, inflammation of the sinuses and lymph nodes, digestive problems, skin diseases such as acne, sore throat, hoarseness, and emphysema.

The Psychological symptoms of imbalance are: stubbornness, laziness, greed, envy and idleness, which generate the slowness of mind. This dosha can be depressive, melancholic and suspicious. Suddenly such a person starts feeling their uselessness and a deep disappointment in people in general.

In addition, the striking features of the Kapha dosha imbalance are drowsiness, lethargy upon awakening and excessive worrying about their health and loved ones. Actually the latter often suffer such aggressive concern, bordering on possessiveness.

What Can Bring Kapha Out Of Balance? 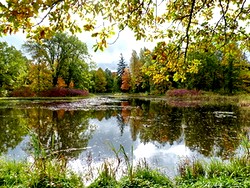 Kapha can come out of balance due to wet and cold weather, which can easily happen in autumn, for example. Other things that significantly contribute to such imbalance are: a heavy and very cold food, an abundance of sweets, fatty and salty foods, alcohol, and aimless feelings about one’s own unhealthy lifestyles, sleeping during the day, envy, pride, and lack of any considerable events in life.

The Treatment for Kapha Dosha

Since Kapha dosha is characterized by the propensity to cooling and by being wet and heavy by nature, the drying, warming, stimulating and lightening therapies are used to balance and heal it.

The remedies for Kapha can have the following tastes: pungent, astringent and bitter (that’s right, in Ayurveda even the taste of a remedy matters, since different tastes balance different doshas). The bitter taste is mostly preferred. In addition to it, Ayurveda prescribes fasting or a sparing diet to excrete the excess water. The liquid can also be removed by urine output (via the kidneys), or through the stimulation of sweating (in asthma, lymph stasis, bronchitis and fever).

Some special emetics have a good effect on Kapha as well as the digestive herbs (hot and spicy) and natural laxatives. Also there are many Ayurvedic herbs good for Kapha dosha.

There are gems and metals that are beneficial for this dosha: agate, garnet red and yellow, red diamond, ruby, topaz, red and yellow opal, gold and copper.