What Does Kapha Dosha Mean?

In Sanskrit Kapha means “phlegm”. In Ayurveda or the ancient Indian medicine, Kapha is one of the three doshas (others are Vata and Pitta) or Ayurvedic body types that cover all the human beings (probably not only humans, but who knows). Kapha is the most stable among other doshas but if it gets out of balance, it falls into a kind of lethargy and it becomes very difficult to bring it back out of this state.

The interesting thing is that although Ayurveda describes Kapha as the most stable in comparison to Vata and Pitta, in reality the situation is often quite the opposite. For example, in many western countries almost every third person suffers from obesity, which is a vivid example of unbalanced Kapha dosha. The same can be said about the common cold, respiratory diseases and diabetes.

Kapha consists of earth and water elements, concentrates in the upper chest cavity, and is influenced by Muladhara and Svadhisthana chakra. 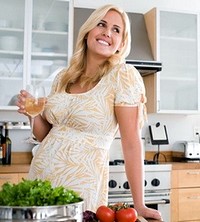 Kapha people are well-adapted to life in the material world. Ayurveda believes that it were they who once created family and social rules for mankind.

Kapha is characterized by inertia, lack of exercise, sensitivity and stability; it is calm and doesn’t have its head in the clouds. Along with these qualities, the dosha has another valuable one: it allows people who surround it live “here and now”. Nevertheless, people with this dosha always remain true owners.

Another characteristic of people with this Prakriti is the desire to “stand apart”, lay low and find peace. They do not know the flight of imagination and the irrepressible passions. That is why Kapha people are not eager to waste their energy, they prefer spending it carefully.

People with balanced Kapha dosha are a good company; they are good-natured and peaceful, confident and attractive. This Dosha exudes inner strength, which is so eager to Vata and Pitta.

When Kapha is in harmony, it always respects other people’s feelings; it is sensuous, sympathize others, thinks soberly and can stop others in time from doing nonsense. Sometimes it may seem that Kapha is impossible to ruffle.

Reliability and discretion are one of the most notable qualities of Kapha dosha; these people are cold-blooded, prudent, conservative, and able to adequately assess their capabilities, and never spread themselves too thin.

Vata and Pitta can learn from Kapha being regular, because people with this dosha never hurry, which often makes them winners due to such a wise behavior. And being the winners they still help others without waiting for the prayer in aid.

Kapha woman has rounded forms, slightly short legs; she is graceful, calm and confident. Kapha man has a well developed body muscles (if the dosha is in balance), powerful torso, broad shoulders and hips.