Ayurveda recommends using herbs during fasting, such as ginger, all kinds of pepper, cinnamon, fennel and cardamom in particular. The idea is that the main task for the body during a fast is to cleanse the toxins, so the Agni or the digestive fire should be burning brightly, and without any food it will be burning toxins in the intestines. To stimulate this process spices and herbs with warming properties are used.

The Importance Fasting In Ayurveda

We have already described before why Ayurveda strongly recommends fasting as a tool for better health. To briefly recall it here I would say that fasting allows body to “digest” the accumulated toxins instead of food. So the wastes will simply be either burned or rather quickly removed from the body, which is not usually occur with the same efficiency when you do not fast. That is why it is good to abstain from food from time to time (Ayurveda recommends once a week or you can do it once in two weeks on a day called Ekadashi which is the 11th day after the full moon and new moon).

Ginger and other herbs are best taken as a tea (ginger powder can be poured into boiling water); other spices can simply be consumed with water. Ayurvedic doctors recommend starting with 1/3 tsp of spices and slowly bring it up to 1 tsp a day. 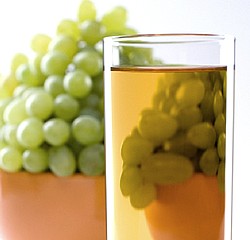 People with the Prakriti where Vata dominates, should fast in a warm and moist climate or during the season with such conditions. The entry should be as mild as possible: the day before the fasting one should avoid heavy foods, only taking warm and slightly oily vegetarian meals.

It is not recommended for Vata dosha to abstain from eating for more than three days, since fasting gives lightness to the body, which increases Vata. There is an opinion, that fasting in general, especially a long fasting is not that important for this dosha, because Vata accumulates ama or toxins due to its restless mind. But nevertheless, do fast from time to time, as it helps to make your mind more peaceful as well, if done properly.

For Vata people fasting should be done without too much stress and mental activity. Also consider dry fasting – it may be good, but don’t do it for long. Alternatively, you can go for a water fasting.

As an option, Ayurveda recommends juice fasting for this Prakriti, especially grape juice: take no more than a liter per day, having previously diluted it with water in the proportion of1:1.

Pitta dosha can fast without any harm to the health no longer than 5 days in a row, and not more frequently, than once in two weeks. The warm and humid weather is the best time for this. Drink plenty of warm water during your fast; otherwise you might experience various biliary disorders, insomnia, and menstrual cycle disorder in women, dizziness and irritability.

When fasting on juices, people with Pitta Prakriti should make a choice in favor of pomegranate juice, since it fits this dosha the most.

Kapha – is the only dosha, for which fasting is a necessity to maintain a good health. Such people should fast on a regular basis for no longer than 3 days. If it is your dosha, you can successfully use fasting as a means to lose weight; dry fasting is especially good for this purpose.

The best time for fasting for Kapha dosha is hot and dry weather, because in such conditions the metabolic processes are restored and the mucus is removed in the most optimal way. Ayurveda suggests Kapha having fasts in Summer time.

This dosha can fast every week up to 48 hours, but not forgetting about the active lifestyle. The maximum fasting period is 40 days. With each day spent in fasting Kapha dosha feels lighter, easier and more freely. When it comes to juice fasting, the best juice for Kapha is the apple juice.